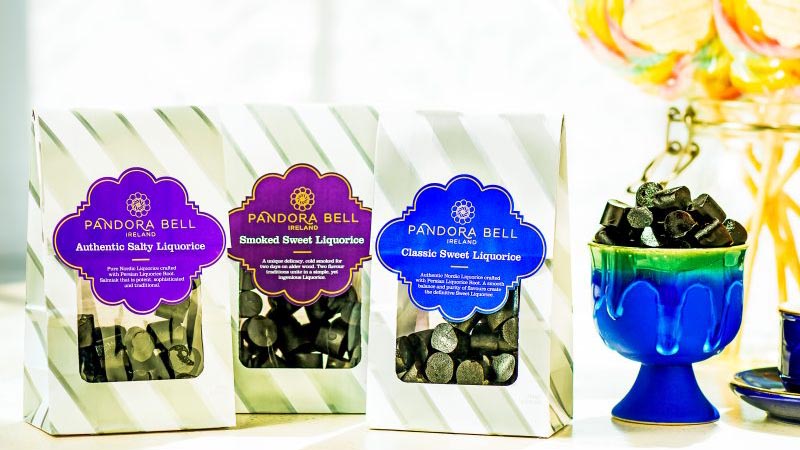 As the Lehman Brothers Collapsed and the entire world fell to its knees, Nicole walked away from a pensionable job in RTE to fulfil her childhood dream to become a confectionery queen.

The confectionery tradition in the Dunphy family dates back to her Grandaunt Dora. Dora had nearly a century before, started the Pandora Bell project: a noble pursuit thwarted by war and eventually restored by the indefatigable entrepreneurship of Nicole.

Pandora Bell, belongs to the Belle époque, that glorious hiatus between wars, when Europe flourished. It is at this time when Pandora Bell, as we will now refer to Nicole’s Grandaunt, travelled Europe in search of both adventures and the best quality confectionery the world had to offer.

This is thus a story of full circles: it started in the Limerick train station in 1928, with a young Pandora Bell perched aboard a steam train; and came to fruition in 2008, with the creation of Pandora Bell, at the outskirts of the Georgian city of Limerick, where the best confectionery of Europe is fashioned.

The circle may have been closed, but in the adventurous ethos in which the company was set, we continue to tie knots by endlessly searching for more sweet inspiration. We closely work with the best artisans in Europe, who still produce their confectionery as if not a single day had passed between that first steam train journey taken by Pandora Bell and today.